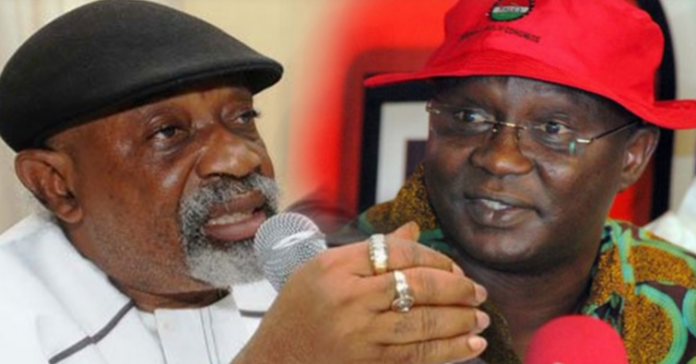 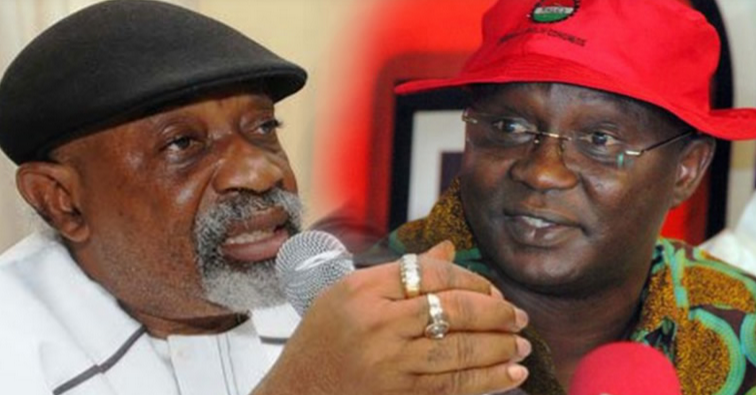 This took place due to the agreement reached between them and the Federal government of Nigeria at a meeting held at about 8.30pm yesterday being Sunday which ended at 2.50am this Monday morning.

After the exhaustive deliberations and considerations on the issues raised by the labour centres, an agreement was reached to suspend the implementation of the cos-reflective electricity tariff adjustment for two weeks.

In that light , the honourable minister of Labour and Employment , Chris Ngige , read the five- page communique signed by the representatives of the government and labour.

The president of the Nigeria Labour Congress , Ayuba Wabba; and the Trade Union Congress counterpart Quadri Olaleye and others collectively signed on behalf of the entire Labour organisation. the minister of Labour, Chris Ngige, State minister of petroleum, Timpre Silva , State minister of Labour and Employment, Festus Keyamo (SAN); Minister of Information ,Lai Mohammed and the Secretary to the Givernment of Federation, Boss Mustapha and others , joined efforts in signing on behalf of the Government.

Olaleye  said confirmed the disclosure to the press that ‘ We signed a document to suspend the strike action for two weeks so as to allow the Government to implement those things that we agreed in the agreement’. Hence we proceed for  2weeks suspension.

” The involved bodies have agreed to set up a technical and supervisory committee consisting of Ministries, Departments, Agencies, NLC and TUC”.

This committee would work for this two weeks effective from today Monday  28,  September , 2020 to examine the justifications for the new policy stating: ” in view of the need for validation of the basis for the new cost-effective tariff as a result of the conflicting information from the fields which appeared different from the data presented to justify the new policy by NERC: metering deployment , challenges, timeline for massive rollout.”

The members of this just enacted committee includes the State Minister of Labour and Employment, Festus keyamo as Chairman,  State Minister of Power, GodwinJedy-Agba, The Chairman , National Electricity Regulatory Commision (NERC), James Momoh, Special Assistant to the president on Infrastructure , Ahmad zakari as the secretary and other members

The committee’s terms of reference are to examine the justification for the new policy on cost effective electricity tariff adjustments: to look at the different DISCOSs and their different electricity tariff with NERC order and mandate, then examine and advise the government on the issues that have hindered the deployment of the 6million metres among others.

The palliatives would be in the areas of transport , power, housing , agriculture and humanitarian support.

It is agreed therein that an all- inclusive and independent review of the power sector operations as provided in the privatization MoU to be undertaken before the end of the year 2020 with labour represented.

” All parties agreed on the urgency for increasing the local refineries in the country to reduce the over dependency on importation of petroleum products to ensure that energy security, reduced cost of finished products , increase employment and business in Nigeria.

Rehabilitation of local refineries in Portharcourt, Warri and Kaduna were spotted. A team of representatives of of NNPC, NUPENG and PENGASSAN were established to oversee this.

The government and its agencies agreed to ensure delivery of 1million CNG/LPG AutoGas conversion  kits, storage kits and dispesning units under the Nigeria Gas Expansion Programme by Decemeber 2021 to enable delivery of cheaper transportation and power fuel.

To  cushion  the impacts of the downstream sector deregulation and tariffs adjustment in the power sector, the FG agreed to announce in two weeks a specific amount to be accessed by workers with subsequent provision for 240,000 under the auspices of NLC and TUC for participation in agricultural ventures through the Central Bank and the Ministry of Agriculture. The meeting further resolved that the FG  will facilitate the removal of tax on minimum wage as a way of cushioning the impacts of the policy on the lowest vulnerable.

The government also agreed to make available to organized labour 133 CNG/LPG-driven mass transit buses immediately and provide to the major cities across the country on a scale up basis thereafter , to all states and local governments before  December 2021.

”On Housing ,10 percent to be allocated to Nigeria workers under the ongoing ministry of Housing  and Finance initiative through the NLC and TUC,” the communique disclosed.

The National council of the Joint Health Sector Unions (JOHESU) has announced they're stepping down their planned...
Read more
Education

The Facebook community is offering a fully-funded PhD fellowship in the field of privacy and data use.
Read more
Health

If You Live Here, You’re at “Extremely High Risk” of Contracting COVID

covid 19, US . US TIMES After experiencing months of  dreaded increase of  COVID 19...
Read more